Get fresh music recommendations delivered to your inbox every Friday.
We've updated our Terms of Use. You can review the changes here.

People In Your Life Are Seasons 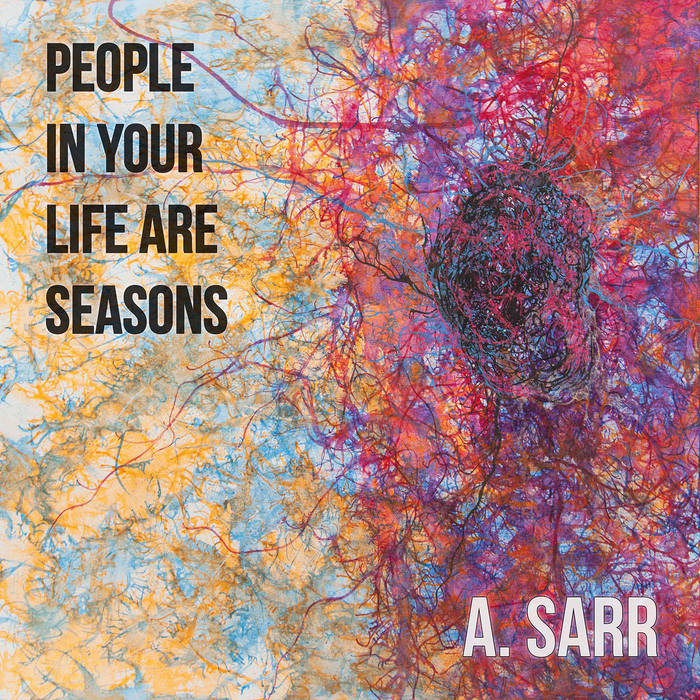 People In Your Life Are Seasons by A. Sarr

<<but also by anyone who was around at the time>>

I would say these songs were written in the Winter of 2015, but for me, that lasted all year round. What would happen if for a year you lived in only one season? Even though the people in your life kept moving in and out of it. It’s weird shit, being so in yourself when there are so many others that love you. You become blind to their affection and just kind of say fuck it and delve into yourself. Making this album definitely helped me climb out of that hole, realizing that worth and purpose and all of that came from everyone around you. So if you were one of those people in that exceptionally long season, thank you. <rose emoji>

Specific shout outs to my technical connoisseurs: Chris Atkins for making my voice shine. Jake Cheriff for editing this into the glistening jewel that it is. Russell Elliot for continuing to push this album to the best it could possibly be, and for being generally overworked and underpaid. Carolyn Girondo for being the only person I would trust fall with. Ellen Winter for choosing to sing my most personal song with me when everyone else was too scared to do so. Idris Perovic for bringing these songs to the stage. Tattoo Money for never letting me let go of the vision, and for being my big brother. Dyllan for the whisper in the winds that begins the whole thing. Tirman Kid for proving that real friends can come out of the internet. Anthony Cerretani for making this album a physical thing, and Sam Monaco for setting these words on the page. Stephen Davis, you a real one too bruv. And to anyone I forgot, you know how hard it is to do this shit right?

Also to everyone I love. My family for birthing and cultivating this monstrosity of a voice I have. Smoothie Tunes for bringing me into the best community this side of Twitter. Andy Nye for coaching and late night vape sessions. Salad Bowl for being the army everyone wish they had. Everyone past, present, and future who’s inspired these songs but have yet to name. Belleza, what else is there to say to you that you don’t already know?

Written & Produced by A. Sarr
Engineered by Chris Atkins at 20/20 Studios
Mixed by Jake Cheriff